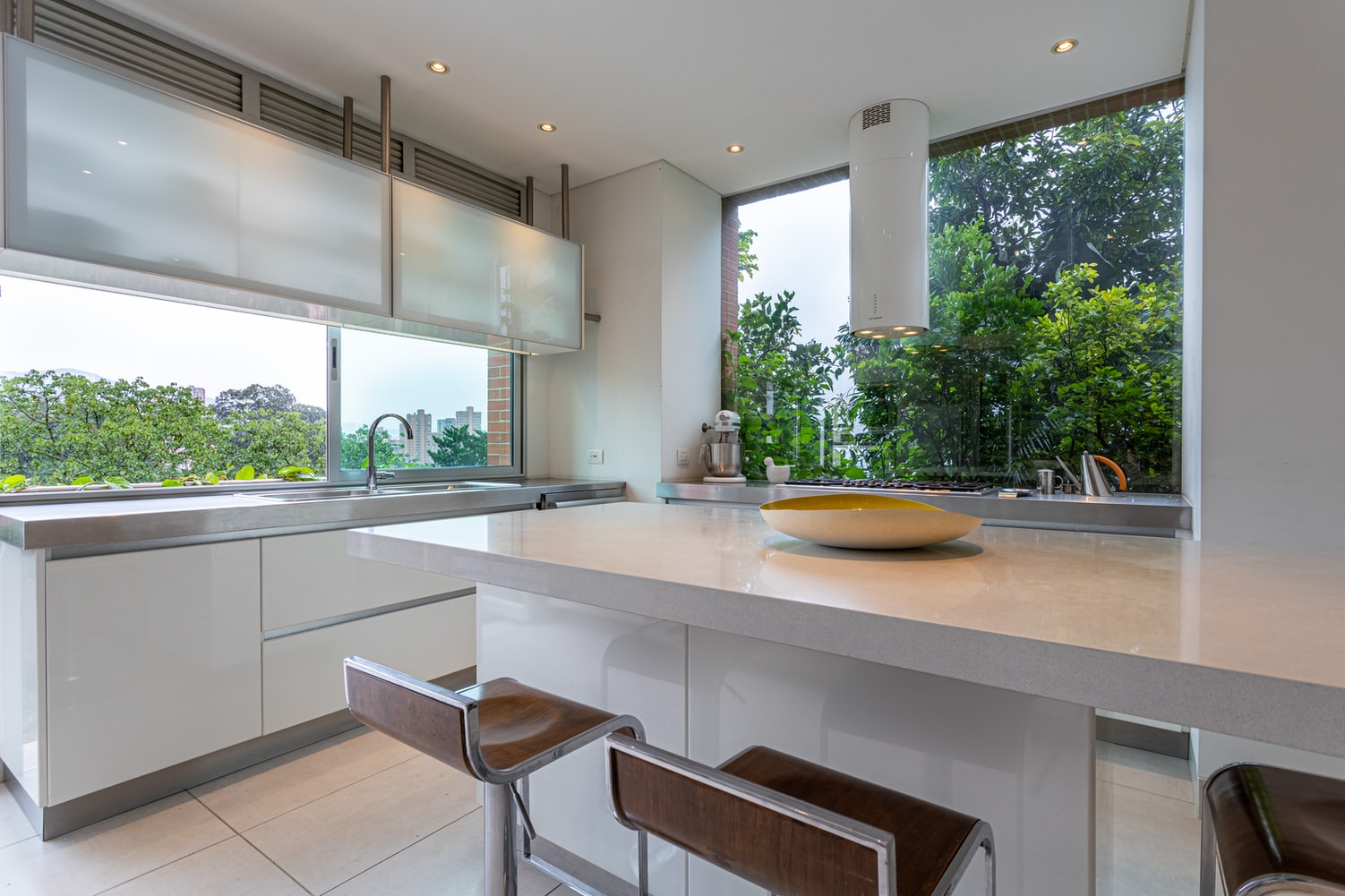 Designing a kitchen is commonly associated with its flooring, cabinets, appliances, and/or walls. However, there is more to the space than just these elements.

You will also want to think about the ceiling fans in a kitchen. Should you have a ceiling fan in your kitchen?

It’s not recommended to have a ceiling fan in the kitchen. This is more of a traditional design element that is not seen in contemporary kitchen spaces because it stands out and takes away from everything else.

You will want to make sure the kitchen has an authentic, contemporary look.

If that is what you want, it makes sense to go with a setup that doesn’t have a ceiling fan in it.

This article will take a look at the reasons to not have a ceiling fan in the kitchen.

Reasons To Not Have A Ceiling Fan In Your Kitchen

The main concern with installing a ceiling fan in your kitchen has to do with the design.

You will want an aesthetically pleasing ceiling and kitchen. This isn’t going to happen if all you are doing is setting up a cumbersome ceiling fan that continues to spin throughout the day.

This is going to look tacky and out of place in most properties.

If you pay attention to most contemporary home designs, you will notice ceiling fans are not a common sight. These are being stripped away from properties as time goes on. Instead, the goal is more on setting up beautiful ceiling lights.

These ceiling lights go a long way in creating an impressive aesthetic that is easy on the eyes.

Going with an outdated ceiling fan for your kitchen might seem like a good idea but it isn’t. Ceiling fans used to work in the past because it was a part of the rustic aesthetic people were going for with their kitchens.

As more and more people lean towards white and/or black kitchens, the ceiling fan has started to stick out like a sore thumb.

It doesn’t have the same sleek ambiance that is required from kitchen elements in this day and age.

To the surprise of many homeowners, ceiling fans in the kitchen can make a tremendous amount of noise.

Even if you go with a “quiet” model, it is still going to make noise due to how the ceiling fan functions. It will continue to spin and as the speed increases, it is going to become a bothersome noise that isn’t easy to deal with!

This alone is why most property owners are now moving away from ceiling fans in the kitchen.

Ceiling fans will make a lot of noise and this can be frustrating in a modern kitchen space that is all about minimalism and being sleek.

This is a key detail to think about when it comes to daily usage.

You don’t want a situation where the ceiling fan makes too much noise and/or gets in the way. This is why going with traditional ceiling lights is the way to go rather than setting up a brand-new ceiling fan in your kitchen.

3. Attracts Too Much Attention

You will have to look to make the center of your kitchen the focus.

It should look easy on the eyes and it is important to make sure a person’s gaze doesn’t go straight to the ceiling.

This is why a lot of modern kitchens also implement low-hanging light fixtures. The goal is to keep the eye towards the middle of the kitchen in line with the countertops and appliances.

Due to the moving nature of a ceiling fan, it will attract the eye right away. This is not good when it comes to keeping the person’s eye towardos the middle of the kitchen rather than the ceiling.

This lets everything shine.

If that is what you want for your kitchen, it is not going to work out well when it comes to setting up a ceiling fan.

You will have to do away with the ceiling fan immediately.

1. Is A Ceiling Fan In The Kitchen A Good Idea?

Ceiling fans in the kitchen are not a good idea and can take away from the room’s aesthetic appeal. This is due to the average ceiling fan being too large, noisy, and/or noticeable due to the movement.

2. Do Ceiling Fans Belong In Kitchens?

Ceiling fans do not belong in the kitchen. Contemporary kitchens are moving away from ceiling fans because they are noisy, cumbersome, and do not match the stylistic requirements of a modern home.

Ceiling fans in the kitchen – yes or no?

Ceiling fans do not belong in the kitchen and should be avoided at all costs. Modern kitchens rely more on low-hanging light fixtures that are balanced throughout the room.