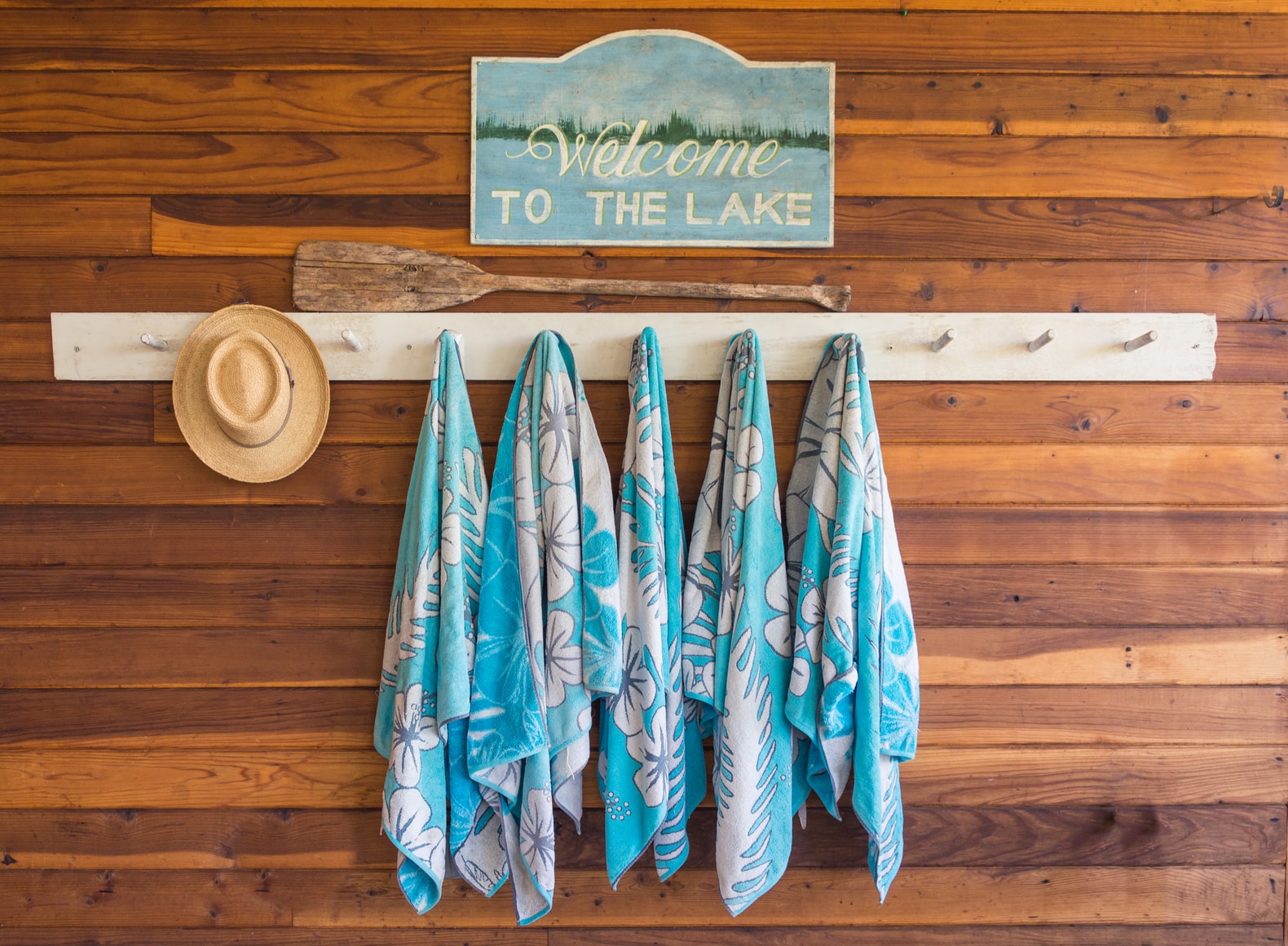 Is it hard to keep your towels in place?

So many people walk into their bathroom only to find the towels lying on the floor! This can be quite a frustrating sight to deal with.

The best course of action is to figure out how to keep towels from falling off hooks.

To keep towels from falling off hooks, lie the towel flat, fold the edge in like a shirt collar, and then hang it on the hook by pressing down. Please note, never hang two or more towels on the same hook as they will fall.

The most common mistake is to overload the towel hook.

If you use the trick suggested here, you can hang the towel on any hook without having it fall. Just folding the edge is going to create enough material for the towel to remain in place.

This guide will explain in greater detail what you have to do as you learn how to keep towels from falling off hooks.

Steps on How to Keep Towels From Falling Off Hooks

This will be a good starting point you can get used to. Over time, most people will get a hang of what’s required and won’t need to do this.

However, if you are starting, lie the towel flat and straighten it out.

Once you do this, it’s time to begin working on the edges of the towel. The main purpose is to create enough traction once it is on the hook.

If you hang it as-is, there is not enough friction for the hook to grab onto the towel. This is what causes it to slide.

2. Fold The Edge Of The Towel Like A Shirt’s Collar

When the towel is flat on the surface, you are going to want to fold its edge.

The edge should be on the longer side of the towel. This will allow you to get more traction once it’s on the hook.

The goal here is to fold the edge an inch inwards. This will be more than enough for it to hook into place as soon as you hang it up.

Keep the folded part straight before hanging it.

You have to be careful to ensure it does not lose its shape. This is what can lead to a situation where the towel falls.

3. Hang Folded Part Onto The Hook & Press Down

You are now going to complete the process by taking the edge and pressing it down into the hook.

The goal is to have it go onto the hook and then its edge holds on. This is only going to happen when that edge is folded.

If not, you will quickly realize how the towel slides off the towel hook.

To avoid that, you have to make sure the towel’s edge is folded even when you are putting it onto the hook. If you do this, you will see how it firmly sticks into place.

Do Hooks Work For Towels?

Hooks do work for towels. It’s important to fold the edge of a towel before placing it on a hook. This provides enough fraction for it to remain in place. Also, it is not recommended to hang two or more towels on the same hook.

If you wish to handle multiple towels in the same spot, put them over a door or on a towel bar.

These are much better suited for a situation where there are multiple towels in a small bathroom.

Towel bars are better than towel hooks. The bars offer more space for a towel to hang and will ensure they don’t slip off easily. The only time towel hooks are valuable is in a tight bathroom with a lack of wall space.

If you have enough space to fit a towel bar, you should be going in that direction.

Follow these steps on how to keep towels from falling off hooks.

To keep towels from falling off hooks, set the towel down, fold the edges in an inch, and place this folded edge onto the hook. The traction will ensure your towel does not slip off. Please note, do not place two or more towels on the same hook as they will fall.

If you are looking to get creative, the market also offers non-slip towel hooks. These will provide additional grip if that is what you require.

Take the time to look at different solutions including towel bars and rails.