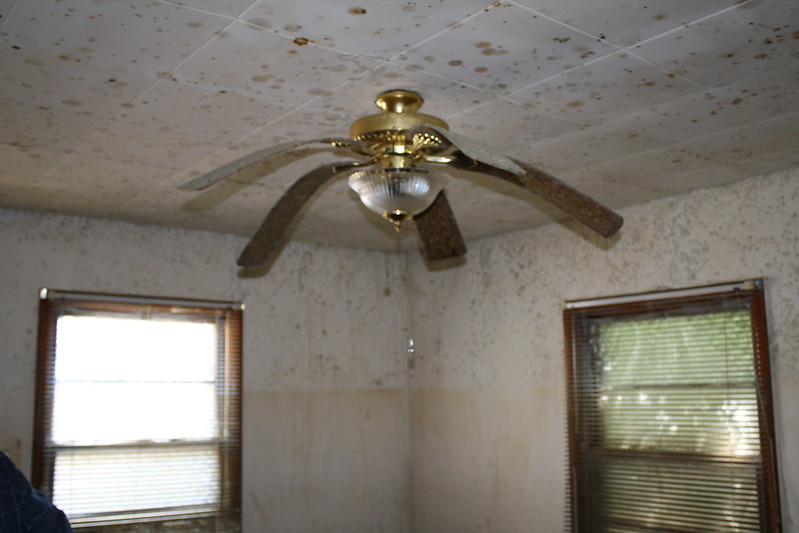 When a ceiling fan is set up, it’s normal to expect a specific amount of airflow to create a comfortable environment.

Some ceiling fans will be easy to set up, while others are going to take a bit of time to get used to.

This includes learning how to make a ceiling fan move more air.

To make a ceiling fan move more air, it’s best to have it installed lower. The gap between the ceiling and the blades will create enough space for the air to move freely. It’s also recommended to tilt the fan blades by adjusting the alignment.

For the most part, installing the ceiling fan lower is always the best way to go. This is an easy option for those who are setting up a brand-new ceiling fan and want to get it right immediately.

If you have an existing ceiling fan, look to adjust the fan blades. This can be done by removing the main cover, loosening the screw, and then adjusting how the fan blades sit one by one.

This will take a bit of time but it can be done. You will have to run a few tests by seeing how the fan blades rotate and whether or not the air is flowing as you want it to.

This guide will look to highlight what you require when learning how to make a ceiling fan move more air. 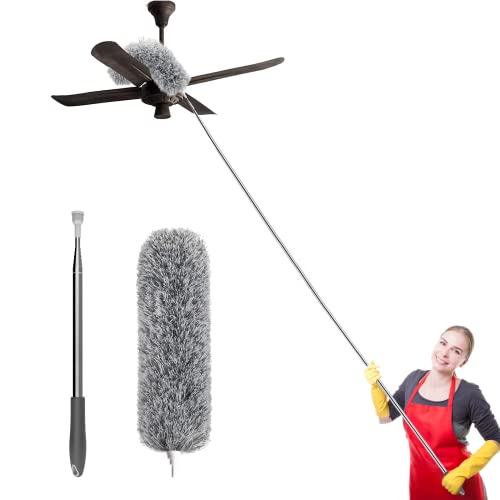 Steps On How To Make A Ceiling Fan Move More Air

The ceiling fan’s distance from the ceiling is important.

If you have the ceiling fan mounted flush with the ceiling, this will create a situation that is not conducive to spinning. It will not work as you want it to and it will lead to a situation where the airflow is restricted.

Instead, you want to lower the ceiling fan.

There should be at least an 8-12″ gap between the blades and the ceiling. This is how the air is going to flow and it will not remain near the top of the room.

You should look to work on how the fan blades are set up.

This includes changing the ceiling fan blade angle one by one. This is going to help direct the air downward and ensure it flows as you want it to.

To do this, you are going to start by removing the main cover in the middle of the ceiling fan. This will reveal where the fan blades are linked to the motor.

3. Re-Adjust Each Fan Blade At an Angle

When learning how to adjust ceiling fan blades, you have to think about the angle. It is the angle that is going to play a major role in how the fixture functions.

To create massive airflow, you will want to angle the blades down. This is going to create a stronger breeze when the blades spin.

When doing this, you must do the same thing for each fan blade. If one is off, this will cause the fan to wobble or break.

Many people use washers to create that downward angle before tightening the screws.

4. Run Counterclockwise In The Summer

The last step is to understand the season you are dealing with.

In the summer, you are going to want to push the hot air up and keep it cool at the surface. If that is what you want, it is important to run the ceiling fan counterclockwise.

This will help improve the room’s conditions, which will make it seem like there’s more value in running the ceiling fan.

Sometimes, a simple change of direction will go a long way with a ceiling fan.

These steps will work as you learn how to make a ceiling fan move more air.

To make a ceiling fan move more air, start by increasing the distance between the blades and the ceiling. A gap of 8-12 inches is recommended for maximum results. It’s also recommended to tilt each fan blade at a downward angle by loosening the screws one by one.

You will have to use washers to hold the screws in place.

It will take a bit of time but this is one of the best ways to get the airflow back to where you need it to be.

It is possible to increase the airflow without having to change everything. It’s just going to take more time to complete rather than changing the entire fixture.