It’s frustrating to deal with a burst of chimney smoke when you’re not even running the fireplace at home.

This is a common concern when your house is downhill from a neighbor’s. This is when you have a situation where you end up saying, “My neighbor’s chimney smoke is coming into my house!” without knowing what to do.

If the neighbor’s chimney smoke is coming into your house, close the vents closest to the source of the smoke and/or build a higher fence. It’s also recommended to reach out to the local government as this can be listed as a “nuisance,” which comes with strict regulations in most places.

It’s also best to consult with your neighbor to learn more about what’s going on. Sometimes, the neighbor is unaware of how their chimney smoke is traveling.

By letting them know, they might have a chance to rectify the issue on their end.

This article will take a look at what to do if your neighbor’s chimney smoke is coming into your house. 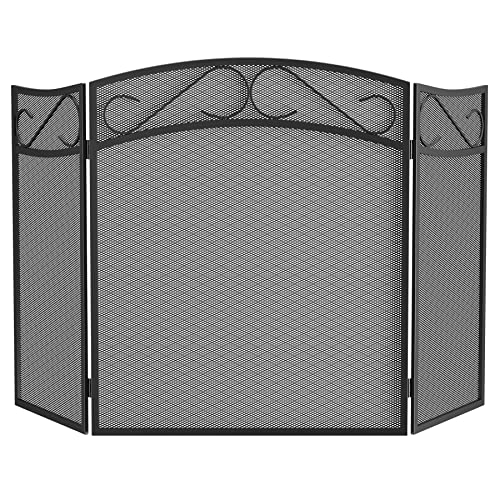 If you have inconsiderate neighbors burning wood, it’s important to look at what you can do on your end before confronting them.

The goal is to save yourself from the burst of chimney smoke before looking at a long-term solution. To get started, it’s best to close the vents facing the neighbor’s house.

The airflow is likely coming into the house due to the vents.

It is not recommended to keep the vents closed all the time but it’s a good short-term strategy. If the air doesn’t flow into the property, it will not have as much of an impact on your health.

Most concerns start when the vents, windows, or doors are left open facing the neighbor’s house. This is when the smoke starts filtering in.

If you are allergic to a neighbor’s fireplace, you will have to find out how to block the neighbor’s chimney smoke.

A permanent solution is to simply create an obstacle between your house and theirs.

How do you go about doing this?

The best option is to build a higher fence along the side their chimney is on. This will create a natural barrier that won’t allow the smoke to come to your house. Instead, it will bounce off of the fence and stay on that side.

This is a good long-term strategy because you control how the fence is built and you don’t have to rely on the neighbor to change their behavior.

3. Reach Out To Government Association

It’s important to learn how to complain about a neighbor’s chimney smoke.

Each region is different.

There are city and state laws to account for. You will want to take the time to go online and read up on which association is responsible for policing a neighbor’s chimney smoke and the impact it has on everyone else.

Since chimney smoke can be dangerous once it spreads in extensive amounts, the authorities will respond.

Take the time to complain about this to one of the local associations. This will make sure there is an official complaint out there for you to rely on in case something happens later.

4. Consult With Your Neighbor

While most people think the worst, you might have a neighbor that is genuinely unaware of the impact their chimney smoke is having on you.

if that is the case, it makes sense to consult with them.

Sometimes, neighbors are willing to work with you and come up with a solution. This includes redesigning the chimney or creating a natural barrier between your house and theirs.

Take the time to see what they have to say too.

“My neighbor’s chimney smoke is coming into my house!”

If your neighbor’s chimney smoke is coming into the house, it’s best to close the vents facing their house. This reduces the airflow coming into the property when their chimney smoke floats onto your land. The secondary option is to build a higher fence to create a natural hurdle for the smoke. It’s also recommended to reach out to the local government association that’s responsible for fielding nuisance complaints.

This is the best way to go if you are dealing with a neighbor’s chimney smoke all the time.

Don’t tolerate it because you don’t have to. Close the vents and begin working on a longer-term strategy.