Is the shower faucet not turning off?

This is a common issue as the shower faucet begins to age along with its components. The best course of action is to figure out why your shower won’t stop running by assessing each component inside the shower.

It is a common problem that will have to be dealt with carefully. You don’t want to damage the components and it’s essential to use the right screwdriver to open the cover plate.

This article will look at the reasons why a shower faucet keeps running and what to do about it. 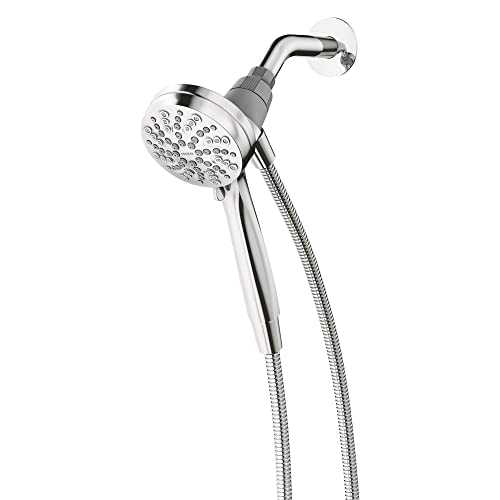 This is the most common reason for a shower always running.

The faucet handle screw can loosen with time due to excessive use of the shower faucet. As a result, you will want to inspect this part of the shower first.

To do this, you are going to shut off the water supply. Test the valve to make sure it is completely off to ensure water doesn’t keep running when you are working on the screw.

At this point, you will want to make sure to use a flat-blade screwdriver to open the cover plate. This will give you full access to the handle screw that is underneath.

Once you find the screw, begin to tighten it with the right screwdriver.

This should work for most showers and will stop the water from running when it is not supposed to.

A damaged cartridge is another possible reason why the shower keeps running all the time.

If you want to repair the cartridge or replace it then it’s best to turn off the water supply. You don’t want water streaming in when you open up the cover place. Make sure to test this before getting started on the inspection.

At this point, you are going to want to close the shower drain. This will ensure nothing falls into the drain such as a tool or any other part associated with the shower faucet.

These parts should not be hard to loosen and remove.

Make sure to remove the clip that is holding the cartridge while doing this as well. The clip will be important whether you put the same cartridge back or a replacement. This is what will hold it where it is supposed to be.

After you have removed the cartridge, you will want to inspect it.

If so, you will have to go out and buy a new shower cartridge or it will keep running. This is a mandatory replacement considering the roll of the cartridge in a shower.

To the surprise of many people, the shower faucet may be damaged.

This can cause cracks to appear along the edges of the cover plate or along the base of a showerhead. It often depends on the type of damage and how old each component is.

It’s recommended to get rid of the bacteria around a shower faucet for this reason.

A lot of property owners will stop cleaning the shower and this can cause bacteria to settle. While this won’t be an issue in the first few days, it can lead to significant issues later on including damaging internal components.

You should look to use something simple as soap and water to clean the shower.

You will also want to look at getting rid of any buildup inside the spray jets. This can create a situation where a lot of damage is done to the shower faucet causing it to keep running even when you turn it off.

These are the main reasons why your shower won’t stop running.

There are often two reasons why a shower won’t stop running. The first reason is a loose faucet handle screw and the second is a damaged shower cartridge. It’s recommended to tighten the screw and replace the cartridge to ensure the shower doesn’t keep running.

These are simple solutions that will correct the problem for a long time.