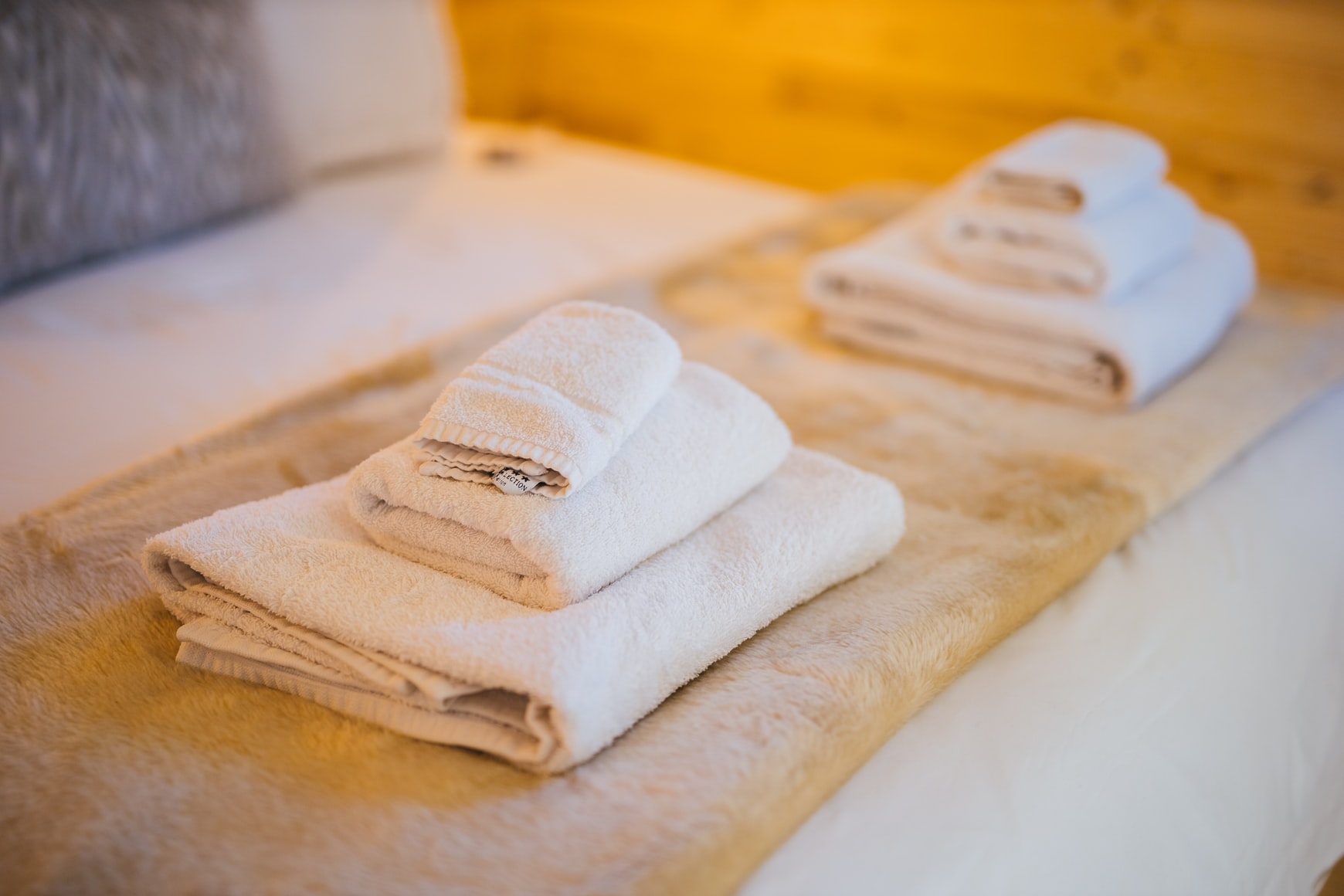 Installing one towel bar is a common option for property owners.

Almost all bathrooms will have a single towel bar set up close to the tub. However, what if you want to mix things up and install two towel bars in the bathroom?

The first detail to think about is finding the right height for two towel bars on the same wall.

To install two towel bars on the same wall, the right height is to set the first bar at 48″ off of the ground. The second towel bar should have enough space to allow for a towel to hang without hitting the first bar. In some cases, the towel bars can be installed side-by-side.

You will have to determine what works best for your wall in the bathroom.

Installing two towel bars on the same wall is all about maximizing space without ignoring usability. If a towel bar is unusable, it becomes nothing more than a wall decoration.

This article will explain what to consider when it comes to the right height for two towel bars on the same wall.

How To Hang Towel Bar In Bathroom

1. Keep Close To The Sink And Bathtub

When figuring out where to place towel bars in the bathroom, you will want to ensure both are set up close to the sink and bathtub.

The reasoning comes down to usability.

You will only use the towel when washing your hands/face in the sink or when you take a shower.

As a result, it makes sense to have the towel bars within reach from both the sink and bathtub.

Sometimes, it’s not possible to have the towel bars close to both. At this point, you will want to find a midway point that is accessible from both without having to walk across the bathroom.

When it comes to the double towel bar height, it’s important to hang the first towel bar and use that as a foundational point for the second one.

Assuming you are setting the first towel bar on the wall, it’s best to have it installed at 48″ off of the ground.

This is a good, reachable height that works for all types of people.

You will want to use this as a launching pad for the second towel bar. In some cases, you will install it above the first towel bar, while others prefer setting it up side-by-side.

This comes down to what works best for you and your bathroom.

Side-by-side towel bars are useful, but if you are going to hang one over the other, it’s best to consider accessibility.

This means it should not be impossible to reach the second towel bar.

It’s also important to avoid the bottom towel bar by creating a sizable gap. You don’t want the top towel to drip onto the bottom one because it’s connecting to it.

This is why the installation process is critical.

Measure everything and ensure there’s a 2-inch gap between where the top towel ends and the start of the bottom towel bar.

Can You Hang Two Towel Bars On Same Wall?

Two towel bars can be on the same wall. It’s recommended to set the bottom towel bar at 48″ off the ground. The second towel bar can be set beside the first one or right on top. This depends on the layout of the bathroom and the size of your wall.

It’s always best to go with what’s more accessible and useful for your bathroom.

How Do You Hang Two Towel Bars?

You can hang two towel bars side-by-side or one on top of the other. It’s best to hang the towel bar 48″ off the ground for maximum efficiency and usability.

For the most part, it’s best to have the two towel bars close to both the sink and tub.

These are the tips to follow on what height to hang two towel bars on the same wall.

The right height to hang two towel bars on the same wall is 48″ off the ground. This allows the towel to be accessible. If the second towel bar is on top of the first, make sure there is at least a 2-inch gap between where the top towel ends and the bottom towel bar starts.

This is a must if you want to avoid a situation where the top towel keeps dripping onto the bottom one.